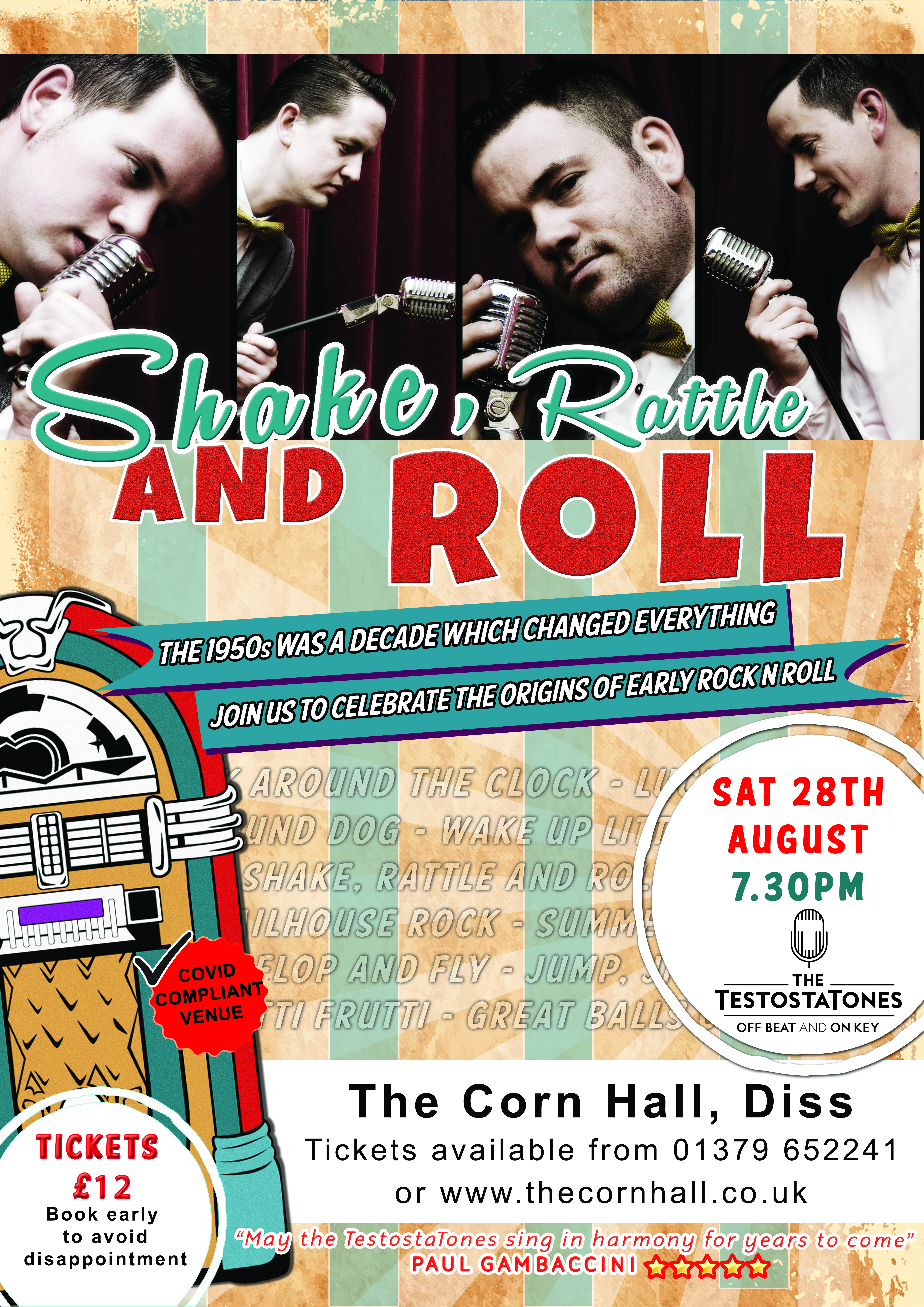 MORE TO BE ANNOUNCED SOON (RE-SCHEDULED FROM 2020!)

The TestostaTones have two original theatre shows – ‘The Story of Doo-Wop’ and its sequel show ‘Shake, Rattle and Roll’.

Both shows are self-contained and can be booked for events, festivals and rallies.

See list below for current public dates and booking information

THE STORY OF DOO-WOP

“During the early 1950s, quartets sung on street corners, in barbershops and churches. As this new “sound” began to grow in popularity and reach the attention of prominent radio disc jockeys, taking over the billboard charts, the groups moved from the streets into the recording studios and the rest, as they say, was history.”

The Story of Doo-Wop explores the story and timeline of the popular vocal style of singing which emerged in the 1950s and paved the way for early rock, also enjoying resurgences in several other decades.

The show is performed as a live “broadcast” from a radio studio and presented by the host for the evening, Chuck Anderson, a fictional radio show disc jockey who “spins the discs” of some of the biggest hits of the genre which will be performed live by The TestostaTones.

The 1950s was a decade which saw music change forever.

In their original show ‘The Story of Doo-Wop’, vocal group the TestostaTones explored the birth of the Doo-Wop genre which saw quartets singing on street corners, in barbershops and churches in the early 50s in a style which directly paved the way for rock ‘n’ roll.

This genre and the “50s chord progression” paved the way for the popularity of Jive and early Rock – styles which sent the world into a spin and ensured that music would never be the same again.

Shake, Rattle & Roll features the very best early rock songs from the 50s which were equal parts electric, exciting and dangerous. The TestostaTones will tell the story of the genre through song, performing seminal songs by classic artists such as Bill Haley and the Comets, Elvis Presley, Louis Prima, Little Richard, Chuck Berry, and Jerry Lee Lewis among many others.